The Loughborough Green Party has officially reached its initial crowdfunder target of £1000 via our crowdfunder.co.uk page. This is fantastic news, as it allows us to cover the Election Deposit for Matt Sisson's Parliamentary election campaign for the constituency of Loughborough. The rest of the funds will be used to produce election material, to be distributed locally, to raise awareness of Green Policies and how we can help local communities.

We have listed the names of all of our wonderful backers here.

The Green Party didn't have a candidate in the Loughborough constituency in the 2010 General Election, so we are delighted to give people the opportunity to vote Green in Loughborough in 2015. If people voted on the basis of policies, rather than party allegiance, the Green Party would be the most popular party nationwide and in Loughborough: 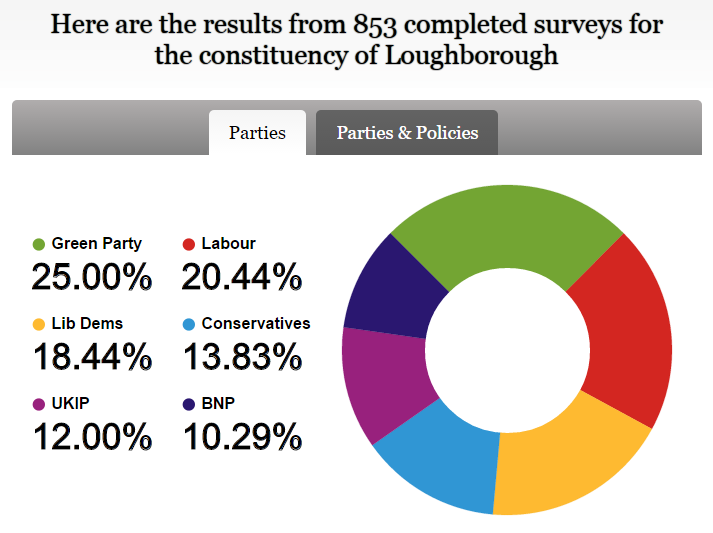 It is therefore important that we can get the word out and bring the Greensurge to Loughborough!

We're also very confident that we can achieve Green Party reperesentation on Charnwood Borough council in the Local Elections taking place at the same time, so any additional funds will help us focus efforts on our target wards, right up until election day on 7th May 2015. You can keep donating to our crowdfunder page, here, right up until the funding deadline on 20th January. Thank you to everyone who has donated so far, we'll be sorting out all of your rewards once the funding deadline has passed.