Why it's important to vote for what you believe in 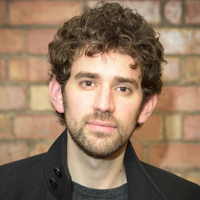 In a final article before the election next week, Matt Sisson, parliamentary candidate for Loughborough, features in the Loughborough Echo. Matt says:

It’s really important to vote for what you believe in.

Even if the party you vote for doesn’t win in your area, your vote sends out a clear message about what it is that you stand for, which the other parties and the media have to pay attention to. In the same way that the recent success of UKIP has focused attention on issues like immigration, voting Green causes the other parties to address issues like Climate Change, NHS privatisation, low wages, and inequality. It gives us a clearer mandate to demand change, and a louder voice in the media and beyond, which we can use to build even greater support next time.

Your vote is your voice. If you believe that we need a change - that we need a country that works for the common good of everyone, rather than just for a very wealthy few - then please Vote Green."

If you have any questions, why not drop Matt an email - matt.sisson@loughborough.greenparty.org.uk